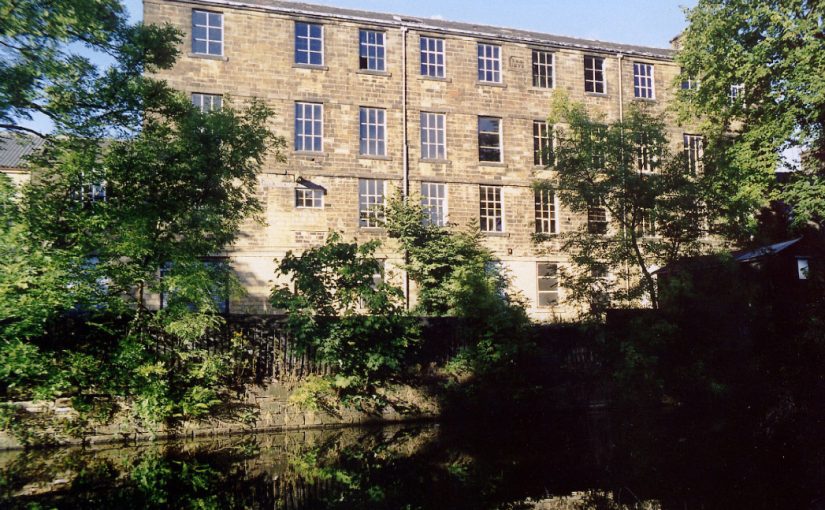 Lomeshaye Bridge Mill was purchased by the Trust in 1998 and was the Trust’s first acquisition in Nelson. This four storey mill was also the first industrial building to be erected in this part of the town and predates the housing which was laid out immediately in the south along model village lines, with St. Mary’s Church as its focal point.

Initially, Lomeshaye Bridge Mill was a two-storey steam powered cotton spinning mill and this part is dated 1841. In 1899, two further storeys and the adjoining weaving sheds were added, reflecting that from the mid 19th c, Nelson moved away from spinning cotton thread to weaving cloth. It became a Lancashire weaving town, with spinning concentrated in places like Ashton-under-Lyne, Preston and Bolton.

The Prince of Wales’ Regeneration Trust adopted the Mill as an exemplar ‘regeneration through heritage’ project and led efforts to find a suitable sustainable new use. The local community were closely involved. Plans were prepared by Purcell Miller Tritton to convert the Mill to managed workspace, archive storage, and a workshop for the Trust’s building construction company, Conservation Services NW with funding from the Heritage Lottery Fund. Work started in 2014.

Working with the local Whitefield community and Pendle Borough Council, the Trust researched the areas heritage and supported the designation of a Conservation Area and the setting up of a Heritage Lottery Fund “Townscape Heritage Initiative Fund” which has revitalized the area along conservation lines.

The Mill conservation and refurbishment blended modern and original utilitarian design to create an attractive and functional series of workspaces.

Particularly successful was the conservation of the original queen-post roof structure on the top floor.

The modern windows were replaced with traditional frames and glazing by the Trusts joinery team.