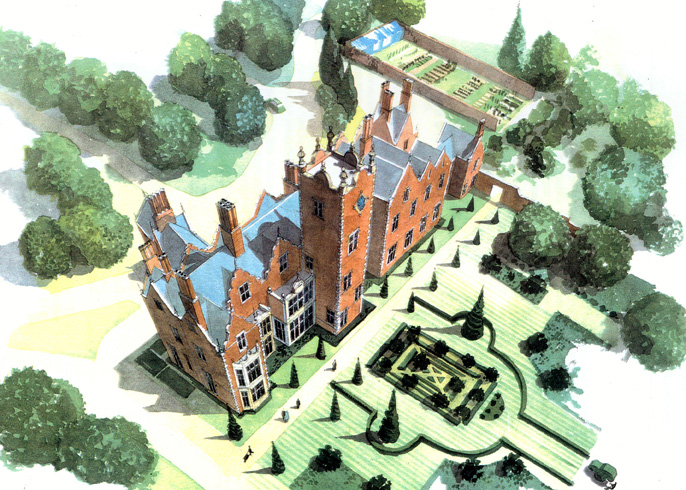 Bank Hall was a substantial 17th century country house standing in ornamental parkland. Its earliest sections were largely lost when the house was remodelled in 1832 by the famous architect, George Webster, although the four-storey tower survives unaltered. Last occupied in 1945, it became a shell with no roof or windows. After more than half a century in this condition, Bank Hall is now the Trust’s most recent major project and is presently on site. So this is an exciting moment in the life of Heritage Trust for the North West.

Heritage Trust for the North West, working with the Bank Hall Action Group received a Heritage Lottery Fund grant for the restoration and conversion of the house, although a viable scheme was only possible with the assistance of a significant amount of enabling development. Urban Splash were appointed the preferred developer and the scheme is now coming to completion. As well as apartments, the restored house contains a museum and meeting place, while the garden will be restored for public use.

The restoration of Bank Hall has been an outstanding success despite many initial set-backs.