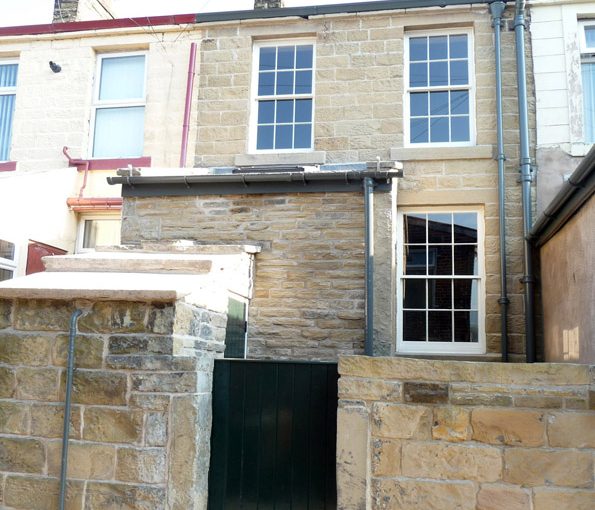 Heritage Trust for the North West played an active role in a protracted campaign to save 400 stone-built terrace houses from demolition in Whitefield, Nelson, an important rare example of a late 19th c Victorian development and intact model village. Following Public Inquiries in 2002 and 2003, plans to demolish the terraces were overturned and the area was saved from the bulldozer. The Whitefield Regeneration Partnership then oversaw the restoration of the village.

Heritage Trust for the North West purchased the 158 Every Street in April 2005 to restore it as an exemplar project to investigate the options and record best practice in heritage renovation and refurbishment. It included energy efficiency measures and developing sustainable building solutions for heritage projects. Subsequently English Heritage adopted the project as part of its Hearth and Home Research programme. The performance of the building was monitored and recorded before building work commenced, and a record made for comparison with that following improvement works.

The Trust also wanted to show the Whitefield community and local authority how good conservation could restore the charm and attractiveness of these historic houses.